Offenses Against the Person

If you have been accused of rape, sexual assault, sexual misconduct including stalking, or sexual harassment while enrolled at a college or university, you may find yourself fighting to safeguard your freedom and preserve your academic achievements in dual proceedings. It is no small task.

Consequences include suspension, expulsion, "responsible for sexual misconduct" noted on your transcript, criminal prosecution with probation, prison, and sex offender registry.  If you are accused, you need an experienced attorney for your case immediately.

We have successfully preserved the rights and academic accomplishments of clients accused of sex crimes at area colleges. Fearful of somehow undermining the client's defense at any criminal proceeding, many criminal defense attorneys refuse to challenge school disciplinary proceedings. This is a mistake.  A successful defense assumes nothing and prepares for the worst.  Worse, ceding academic achievements and waiving future academic eligibility is career crippling. If a jury later acquits the client of all charges, the forfeited academic achievements are likely unrecoverable.  A civil lawsuit against the university for failure to protect your rights may result in money damages, restoration of a clean academic record, and other benefits.  The only way to set this up is to fully challenge the university allegations.

Often, an accuser starts with only the university procedure.  The accused thinks that these are the only consequences and does not protect his/her criminal court rights, only finding out too late that s/he may suffer a more severe penalty. University investigations are incomplete and not geared towards the same issues as a criminal investigation.  If the criminal investigation starts much later, evidence is lost or polluted.  A full defense investigation is the only way to protect your academic, civil and criminal rights.  Do not assume this is no big deal.

Prosecution by the District Attorney's Office 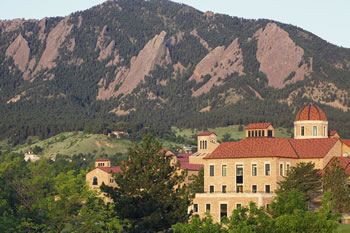 Interestingly, some area colleges and universities, such as the University of Colorado, Colorado State University, University of Northern Colorado, University of Denver, and others, are embracing their roles as Title IX enforcers, even brazenly promising that they will provide better access and more "just" adjudications for alleged victims of sexual assault than the traditional and time tested criminal justice system.  Consider the goals of their Title IX programs:

These colleges and universities, however, refuse to provide students accused of sexual misconduct with cherished Due Process rights, such as the right to the active participation of counsel, direct confrontation of witnesses, the presumption of innocence, proof beyond a reasonable doubt, jury, appeal and other criminal defense right. Instead, colleges and universities rely on "well-trained" Title IX investigators to interview witnesses and determine credibility.

No person in the United States shall, on the basis of sex, be excluded from participation in, be denied the benefits of, or be subjected to discrimination under any education program or activity receiving Federal financial assistance.

Title IX guarantees "equal opportunity" to educational programs and activities at federally funded colleges and universities and, as construed, applies to admissions, treatment of students, and employment. Congress enacted Title IX to prevent federal resources from being used to fund discriminatory practices at colleges and universities and protect students - or those applying for admission - from being discriminated against. See, Cannon v. University of Chicago, 441 U.S. 677, 704 (1979). Title IX applied to the creation and implementation of college and university administration policies. It did not apply to students.

The "Dear Colleague Letter," of Russlyn Ali, Assistant Secretary for Civil Rights, U.S. Dept. of Education, dated April 4, 2011, radically transformed Title IX from legislation banning administrative discriminatory practices to legislation requiring colleges and universities to prosecute students for any act of "sexual violence," "physical sexual acts perpetrated against a person's will," including rape, sexual assault, sexual battery, and sexual coercion, failure to obtain knowledge and voluntary consent prior to sexual relations, and harassment. Without a congressional mandate or authorization or any regulatory-type framework, Ms. Ali notified colleges and universities that they were required to "take immediate and effective steps to end sexual harassment and sexual violence" by "designating an employee to coordinate Title IX compliance, and adopting and publishing grievance procedures," and implementing "education and training programs."

In their rush to comply with the "Dear Colleague Letter," colleges and universities have devised half-baked, unfair, and unreliable procedural protocols to adjudicate sexual misconduct allegations. That the accused students, the very individuals they are entrusted to educate and protect, are academically and summarily executed under these protocols is, unfortunately, of small consequence to these administrations. Showcasing their fashionable "get tough" approach to allegations of sexual assault trumps all other considerations.

An accused student may be procedurally disadvantaged, but he can mount an effective defense if he is smart, strategic, and refuses to be bullied. While colleges and universities often demand that the accused student submits to a pre-hearing interrogation by the appointed Title IX investigator, no student is actually required to participate in the investigation, provide a pre-hearing statement, or answer any questions. Most colleges and universities allow a student to submit a formal response to the allegations. A student can a use well-crafted, tactical response to attack the allegations and detail his defense.

The accused student is, of course, permitted to testify at the disciplinary hearing. If the college or university protocol requires the destruction of the video/audio recordings following the adjudication of the charges, it may be worthwhile for the student to testify in his own defense - if he is capable of withstanding the pressure and adequately prepared. We are very good at preparing students to testify.

Identifying and retaining a competent attorney may be critical to saving a student accused of sexual assault from the academic abyss and defending him against any ensuing criminal charges. If you have decided to retain counsel, do so as early in the process as reasonably possible. College and university investigations are completed relatively quickly, and closely followed by the disciplinary hearing. The student may have only days to devise a defense strategy, interview witnesses, and craft a written response.

If you would like to schedule an initial consultation, contact a Colorado criminal defense attorney for issues regarding your misdemeanor or felony. We represent clients in Boulder, Colorado, and the surrounding area. The Savela Law Firm, P.C. Give us a call at (720) 821-1001 or complete our inquiry form.